Throughout the world, e-sports are taking off as an alternative to traditional video games, heightened by the steep increase in digitisation that the world is currently witnessing. eSports began in the late 2000s as amateur engagements and have risen to popularity in the last decade; transitioning into professional, organised multiplayer tournaments with huge followings.

Borderless Access conducted a 15-country study to explore the sentiments of both those who view e-sports and those who participate actively in them. Today we look specifically at viewership of esports in sub-Saharan Africa.

In this region, the trend towards esports is taking off as much as in other parts of the world. Interestingly, two-thirds of esports enthusiasts globally are working professionals, with this percentage being mirrored in South Africa and Nigeria. In Kenya we see a higher incidence of students and work-seekers spending time on esports, with fewer working professionals showing interest than in other countries.

The age group that dominates e-sports interest is the 25 to 35 group, reinforcing the demographic of young working professionals. In Kenya, we see a younger following too, with 16 to 24s comprising quite a high percentage – understandable given their higher esports following amongst students. 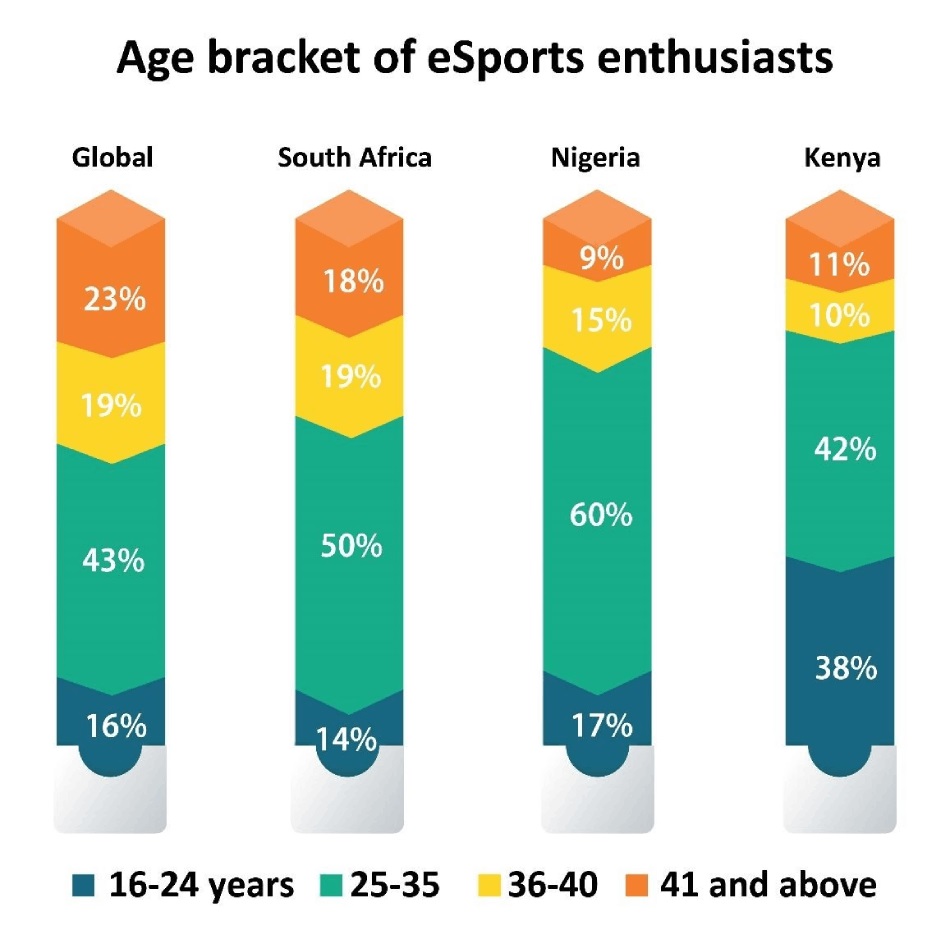 Puzzle games and sports video games most popular in the region

Most viewers watch between two and three genres of video games, with puzzle games being a clear favourite in South Africa. In Kenya and Nigeria, puzzle games and sports video games are the most popular genres. Racing games are the second most popular genre in South Africa although they are not as prominent in Kenya and Nigeria.

eSports usually watched after work or on weekends

eSports viewership has a fairly new following, with 65% of viewers globally having only gotten into it in the last one to three years. South Africa and Kenya are inline with the global trend but Nigeria has a high incidence (13% of those who claim to have watched esports for more than 10 years).

The majority of esports viewers watch their preferred genres whenever they get time, this mainly being after work and on the weekends. South Africans have a higher incidence of watching before bed than Nigerians and Kenyans, perhaps due to improved internet availability. Kenyans watch after school or college, presumably related to the fact that this country has a younger viewer base.

South Africans watch esports for slightly longer than viewers in Nigeria and Kenya do. Globally three-quarters of viewers spend less than 10 hours a week watching esports, with Nigeria and Kenya having very few viewers who watch for as long as 15 hours per week. 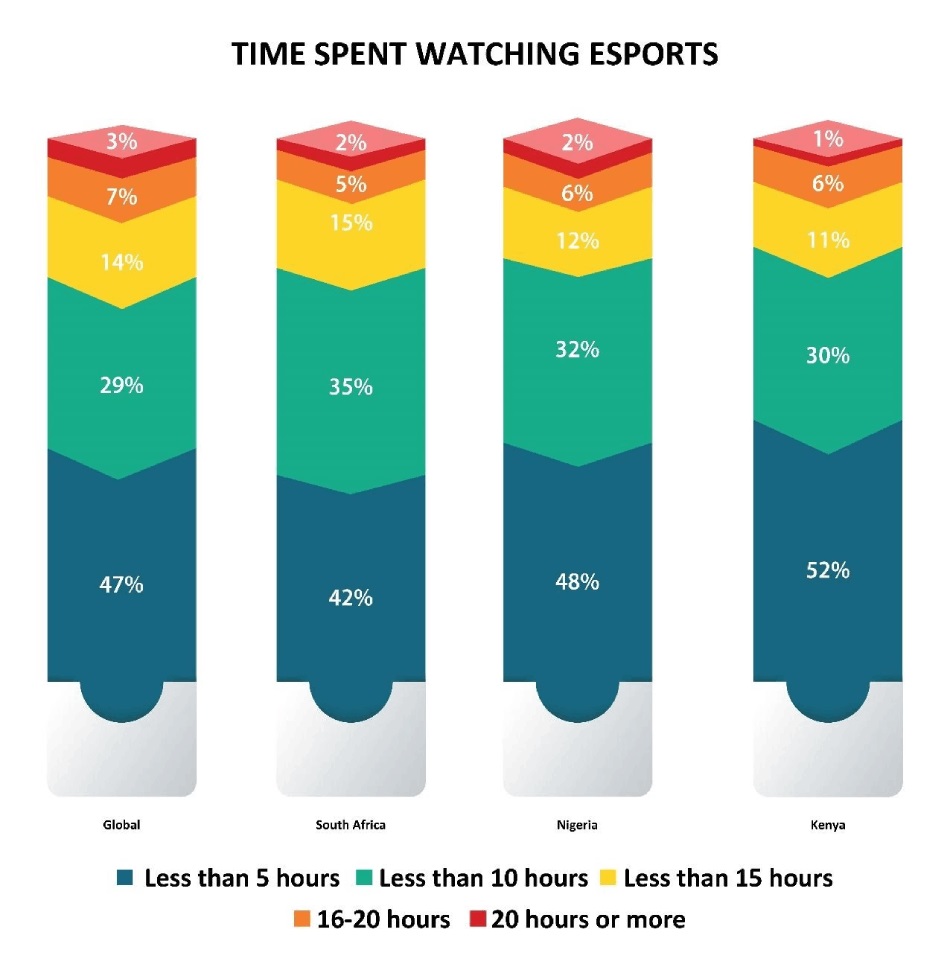 Most e-sports enthusiasts globally watch live events sometimes but mostly recorded games. In sub-Saharan Africa, there is a slightly higher incidence of those who watch live and recorded events equally, than what we see in the rest of the world where live is the order of the day.

YouTube is by far the main platform on which e-sports are viewed. Streaming TV and Facebook Gaming are next, at a global level. In sub-Saharan Africa, streaming TV has a much higher incidence of streaming TV than the global average, as a way to watch esports. While Twitch is used by Europeans and also South American viewers, it is not very popular in sub-Saharan Africa yet.

As sub-Saharan Africa and the entire globe become increasingly digitised, esports has the potential to grow even further. As we have seen, online engagement has burgeoned due to lockdown, in terms of work, shopping and also entertainment.

Having explored the world of esports viewership, we will next be focussing on e-sports participation, both professional and amateur. Look out for this article on how esports players have gotten to where they are today.

Borderless Access conducts online digital research seamlessly and quickly, using our hyper-niche profiled panels. Contact to find out how you can keep your business informed, and ahead of the market.

This article was originally published in BizCommunity.