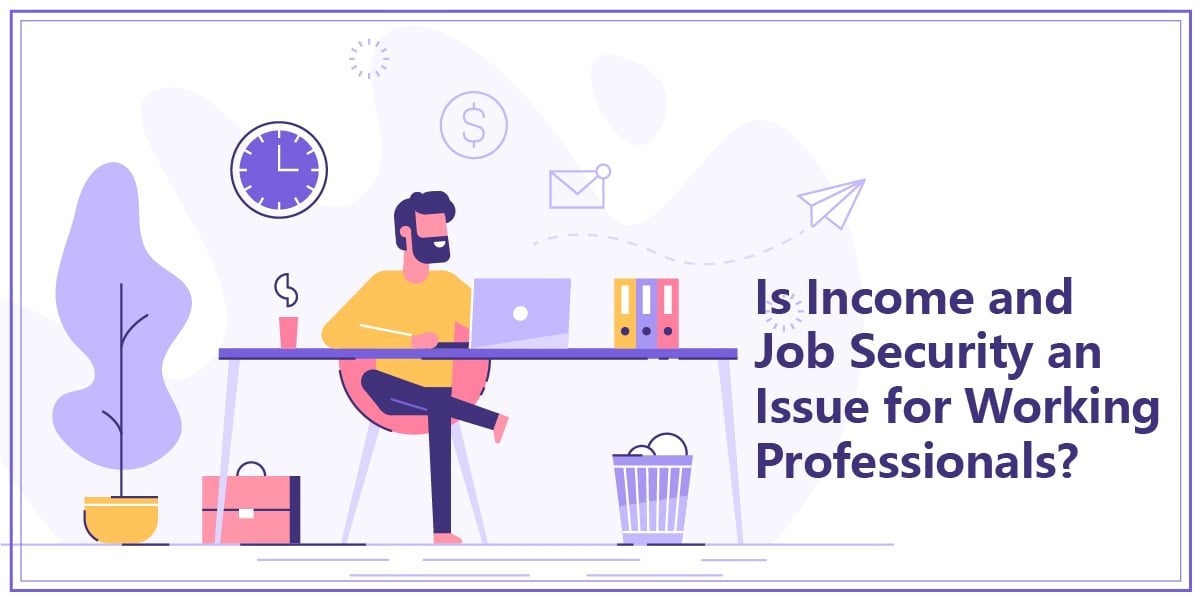 In several European countries, the worst phase of the pandemic is over. But while for the society go back to pre-COVID normality will take a long time, across Europe lockdown measures are being lifted gradually. In Germany, businesses have started to gradually open up but with caution, with Chancellor Angela Merkel stating that in case of a surge, ''emergency brake' would be applied. Meanwhile, across the English Channel, in the United Kingdom, Prime Minister Boris Johnson has announced new rules about social gatherings and operation of businesses in a bid to keep the pandemic contained.

In this scenario, Borderless Access conducted an online study among the German and UK working professionals to find out what impact the pandemic and the lockdown has had on their work-life and to understand what they think the near future holds for them. The study was also conducted in the US and selected African, Middle Eastern and Asian countries, the findings from which should give you a global perspective on the topic.

Impact of the pandemic on job and income 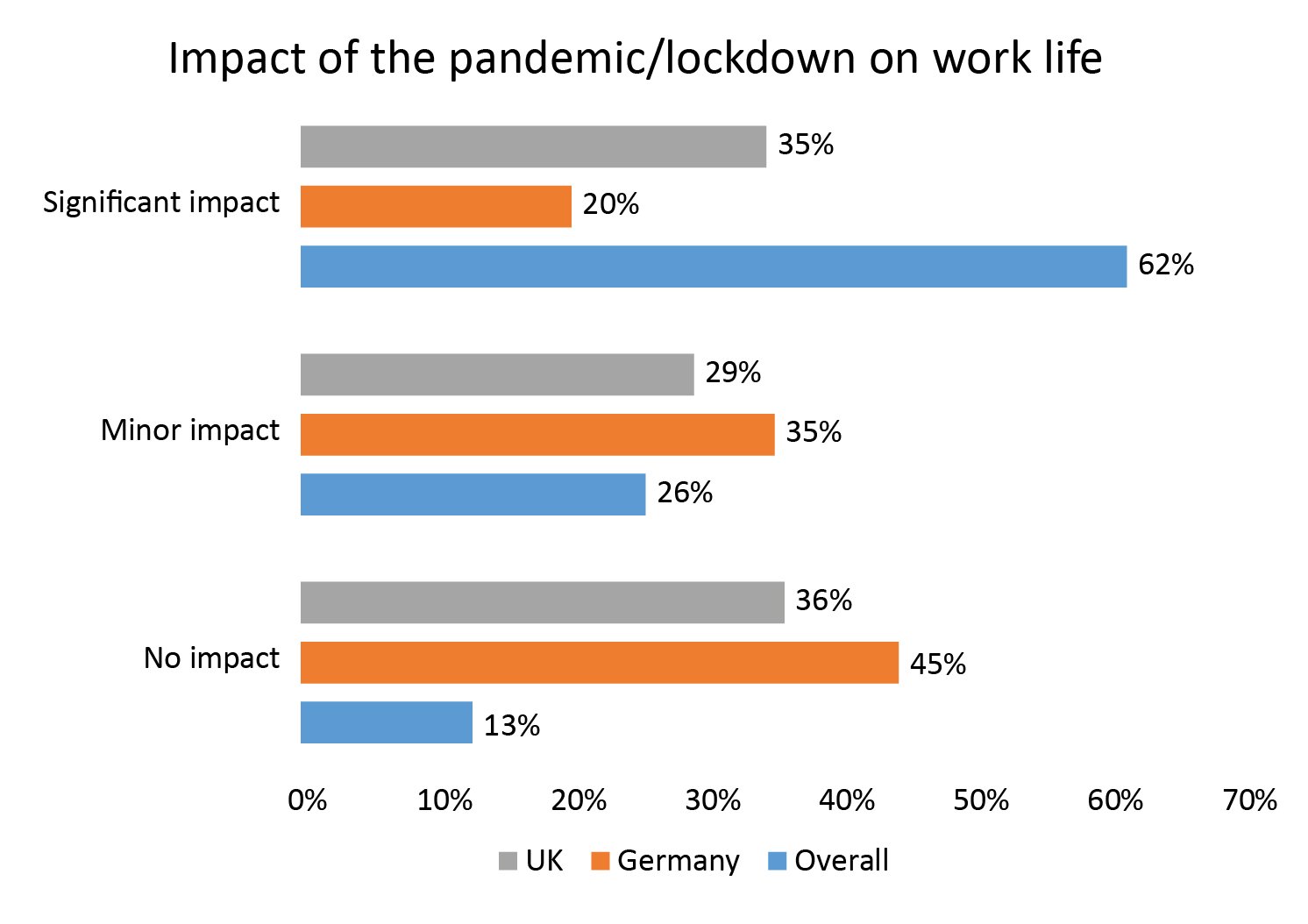 Furthermore, only 8% from Germany and 9% from the UK said they had lost their job due to the pandemic, which is less than half the global average. Also, 57% of respondents in both countries said the pandemic had no impact on their income at all, compared against 29% globally. 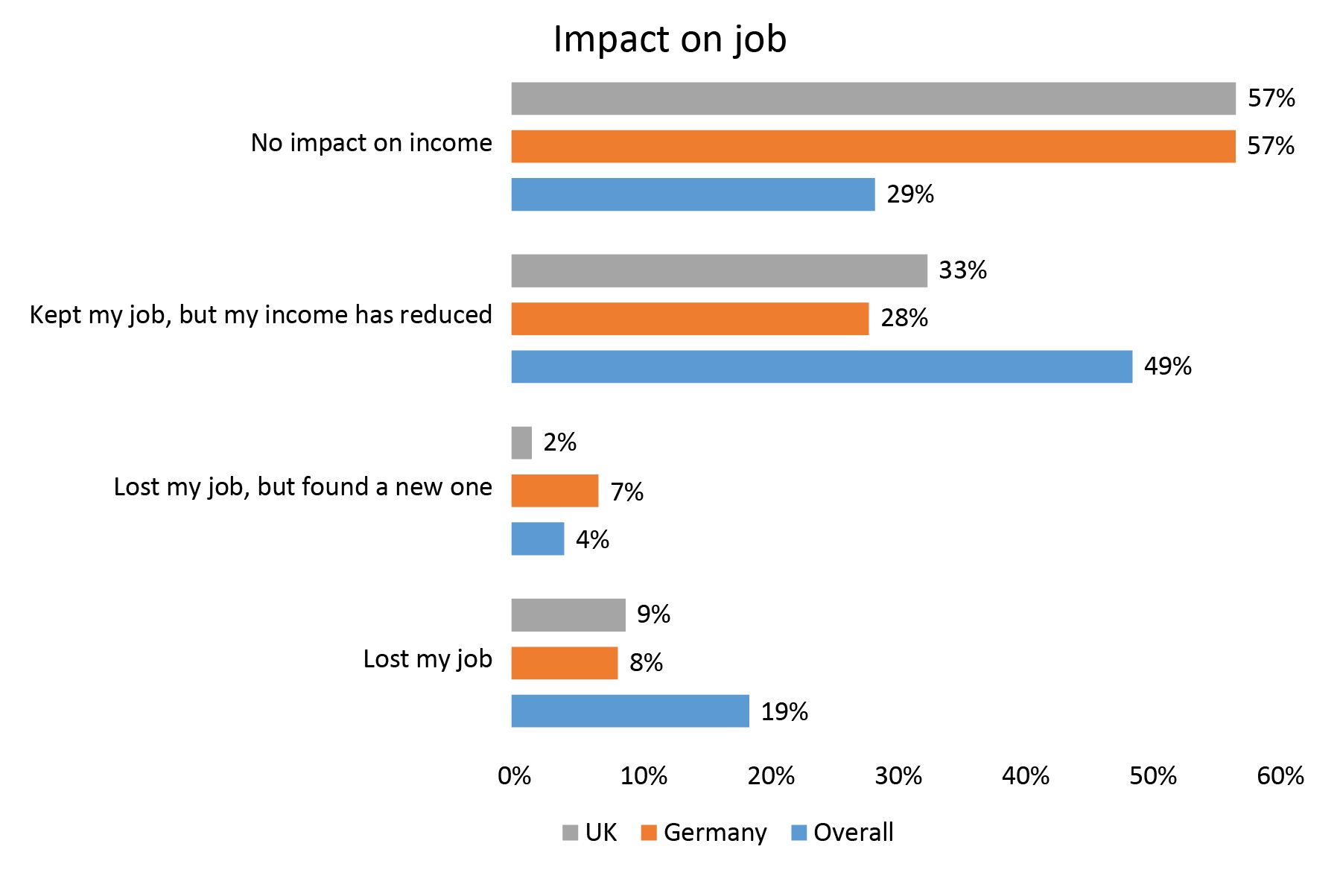 Not surprisingly, only 10% of Germans and 17% of the UK respondents said they are concerned about job security as against the global average of 32%.

Work-life since the pandemic

A significant number of people in both countries continue to work from home and most of them plan on doing so for the foreseeable future until they feel the risk of catching the virus has reduced dramatically.
While telecommuting has brought a convenient change of pace for some, not everyone is on the same boat, with 22% of Germans and 24% of the UK respondents saying that carrying our parenting duties while working from home has been a hassle.

If telecommuting is going to be the way forward for the foreseeable future, certain necessities and conveniences are required, which our respondents agreed on. Among these necessary conveniences, Improved/faster internet connectivity and dedicated workspace/room topped the list of priorities in both Germany and the UK. This was followed by better communication channels for work and an uninterrupted power supply. 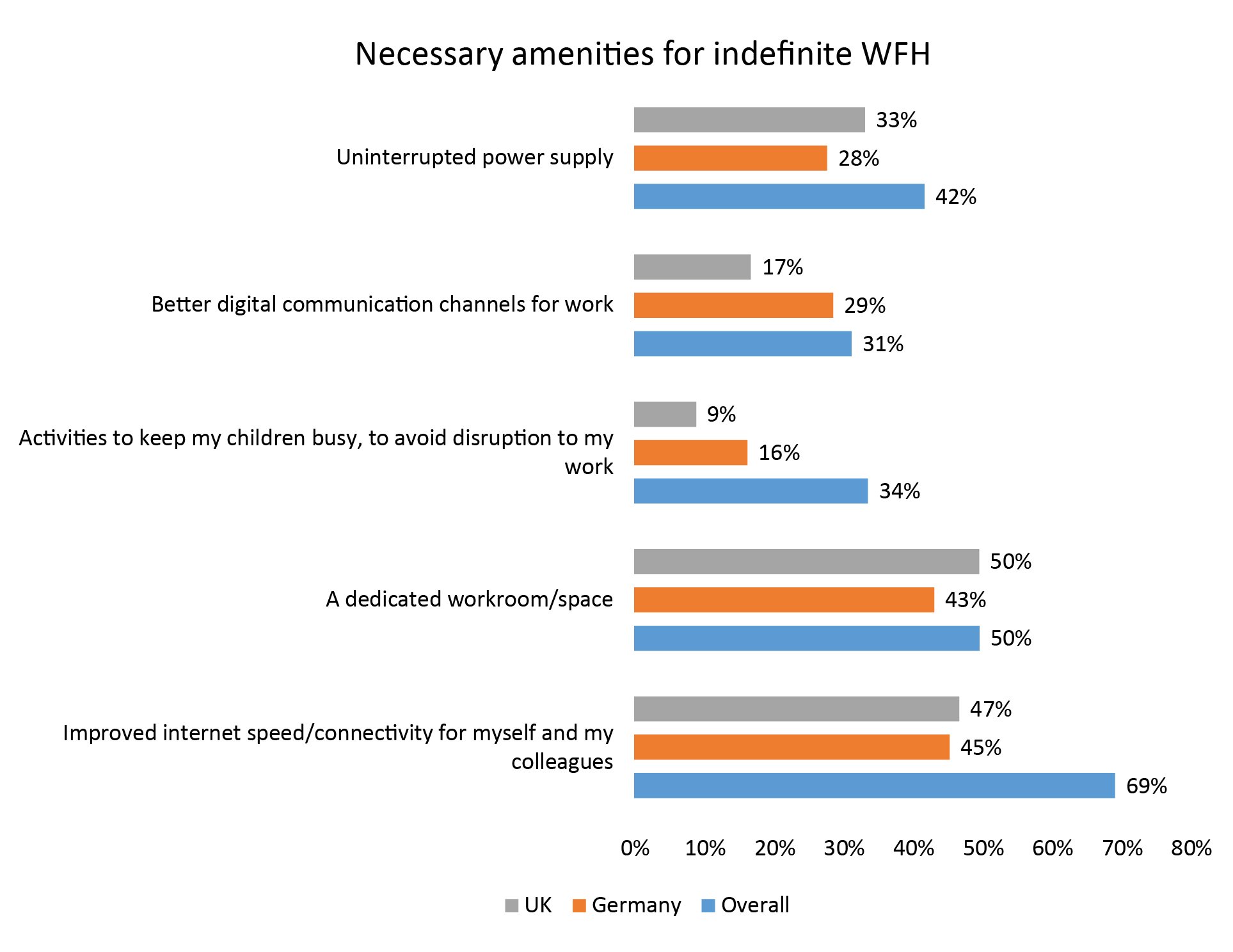 It is clear from the study that while the pandemic has impacted work-life in both Germany and the UK, its severity has been relatively mild compared to other countries. You can also find out how telecommuting and job security in the Middle East and African countries have been influenced due to the pandemic in our previous blogs.

Contact us to discuss how we can help you better understand your consumers and your need for actionable insights.