Marketing Behavior and Perceptions since the Pandemic in the US 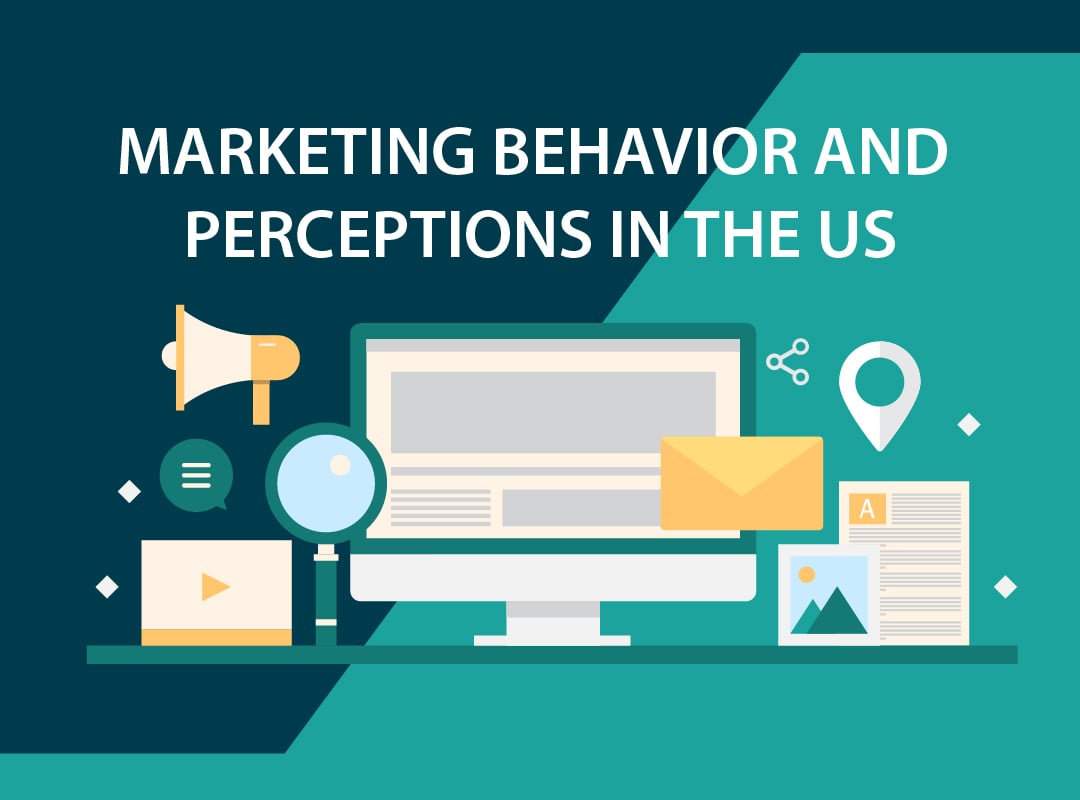 Of the many changes the world has gone through in the past year since the start of the pandemic, consumer behaviour and evolving expectations from brands is an important one that is also critical for marketers and advertisers.

To understand how marketers have reacted to the effects of the pandemic and the resulting changes in consumer behavior, over the last year, Borderless Access conducted an online study in the United States, India and Singapore and in several countries in Africa, Europe and the Middle East. The study gathered responses from approximately 1000 respondents consisting of marketing and advertising professionals from different industries.

The study explores marketing activities and budgets, preferred marketing channels, perceptions, experiences, and implementation of traditional and digital marketing and advertising methods. In this blog, we talk about the findings of the US market and how it compares to the rest of the target markets in our study.

Marketing activities and budget since the pandemic

Marketing channel preferences and their performance

As is to be expected, social media and websites were the most preferred mediums of marketing, with 60% of the respondents picking them for their marketing activities. Digital online publications, mobile apps and television followed next. Interestingly, only 24% of the respondents choose print media, which was lower than radio, at 36%.

For comparison, the global average stood at 59% for social media, followed by 53% for websites, followed closely by digital publications and mobile apps. Also, only 29% of respondents preferred television and once again print media was preferred less than radio (19% vs 21%). 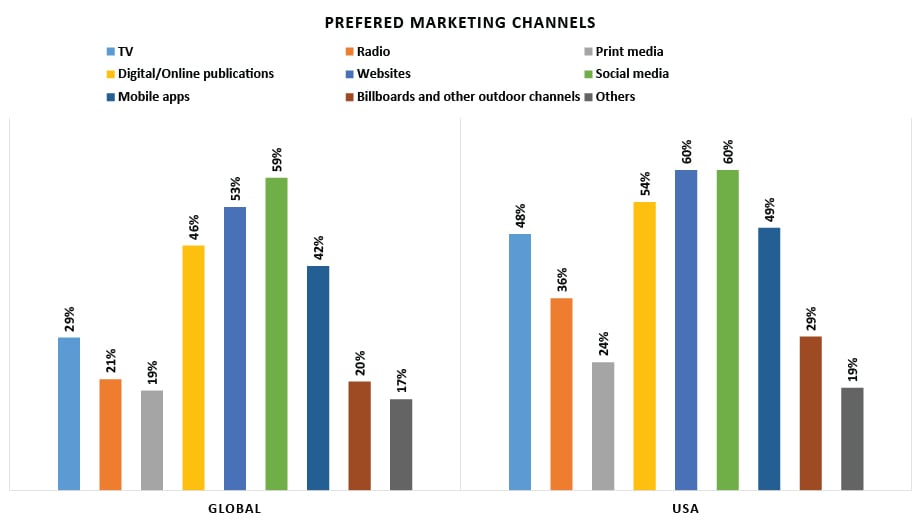 In terms of ROI, the majority of the respondents (63%) agreed that social media performed the best. Television came in close, with 60% of the respondents picking it, followed closely by mobile apps. While radio was preferred over print media, the latter delivered better ROI according to 45% of the respondents. A similar trend can be seen globally, with social media leading, followed by websites. However, 38% of the global audience said television provided good ROI, which means this channel is more effective in the US. 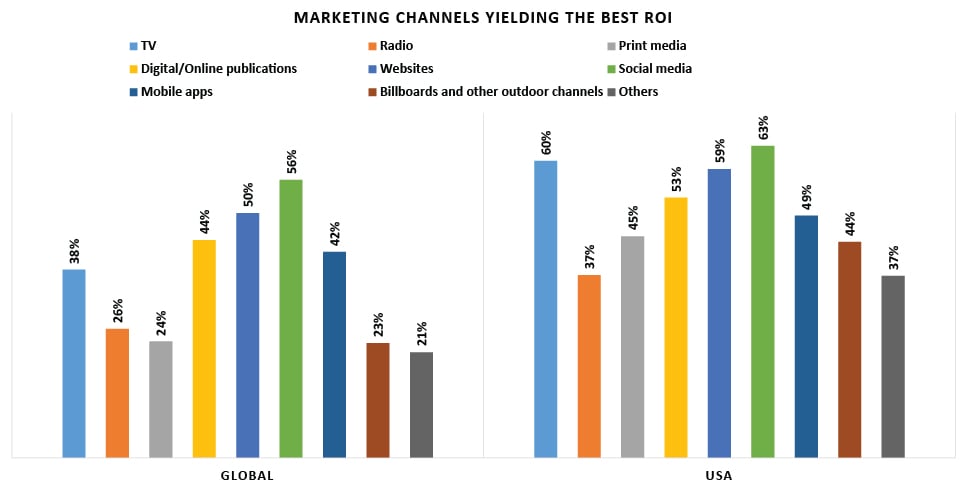 Preferences and perceptions about digital and traditional media 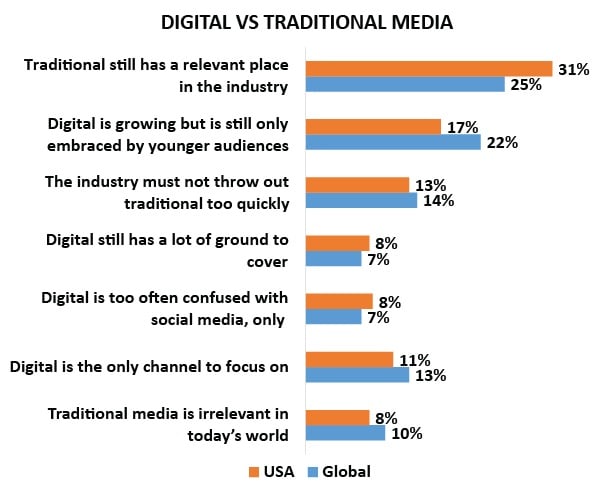 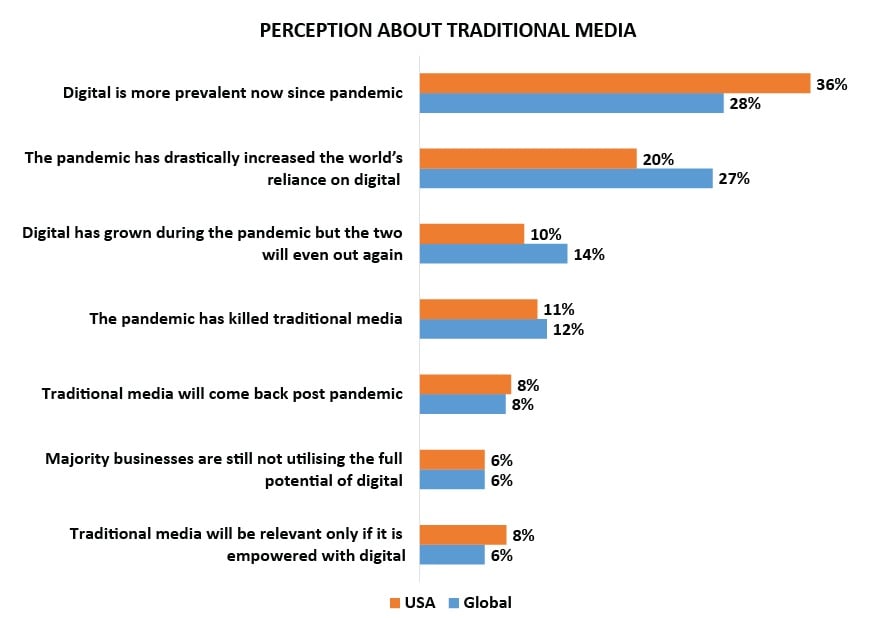 On the matter of social media, 24% of the respondents agreed that advertising on social media is more successful than programmatic and other platforms. At the same time, 29% believe that social media is often misused and misunderstood. 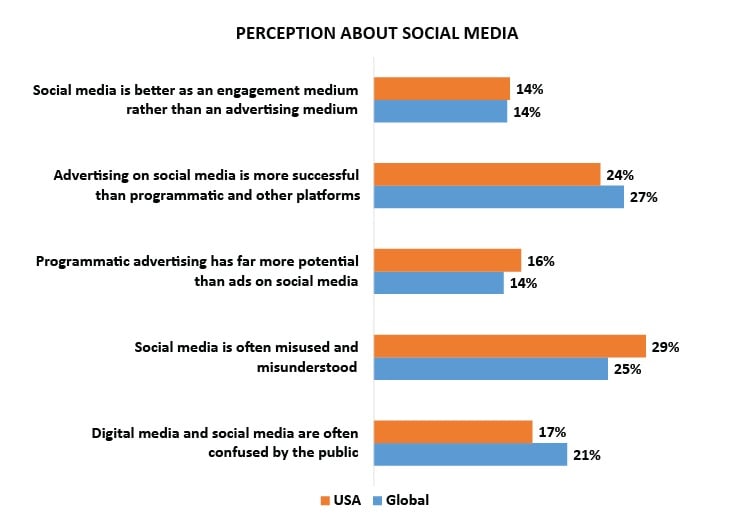 Elements critical for the success of digital marketing

The future of marketing and advertising 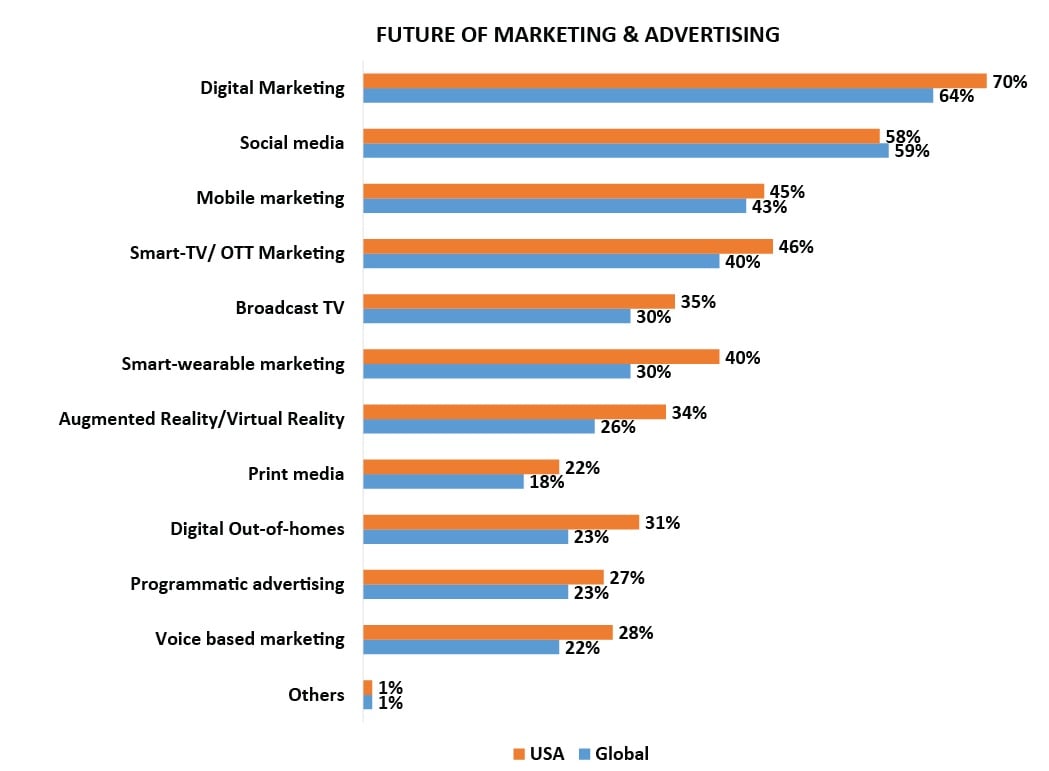 A digital age, with a hint of traditional

The US marketing environment has fully embraced digital marketing, especially social media and is certainly experiencing the benefits. This trend has only accelerated since the start of the pandemic in 2020. Marketers are also welcoming newer forms of reaching out to their consumers such as through OTT marketing and other tech-based communication channels.

At the same time, traditional forms of media have not been abandoned. Television and radio continue and event print media to a certain extent continue to be good investments as forms of communication.
The pandemic has certainly established a digital trend and brands have a good reason to ride this trend, while also striking a balance with certain traditional forms of connecting with their consumers.