The lowdown on lockdown: how consumer media consumption habits have changed in the Middle East 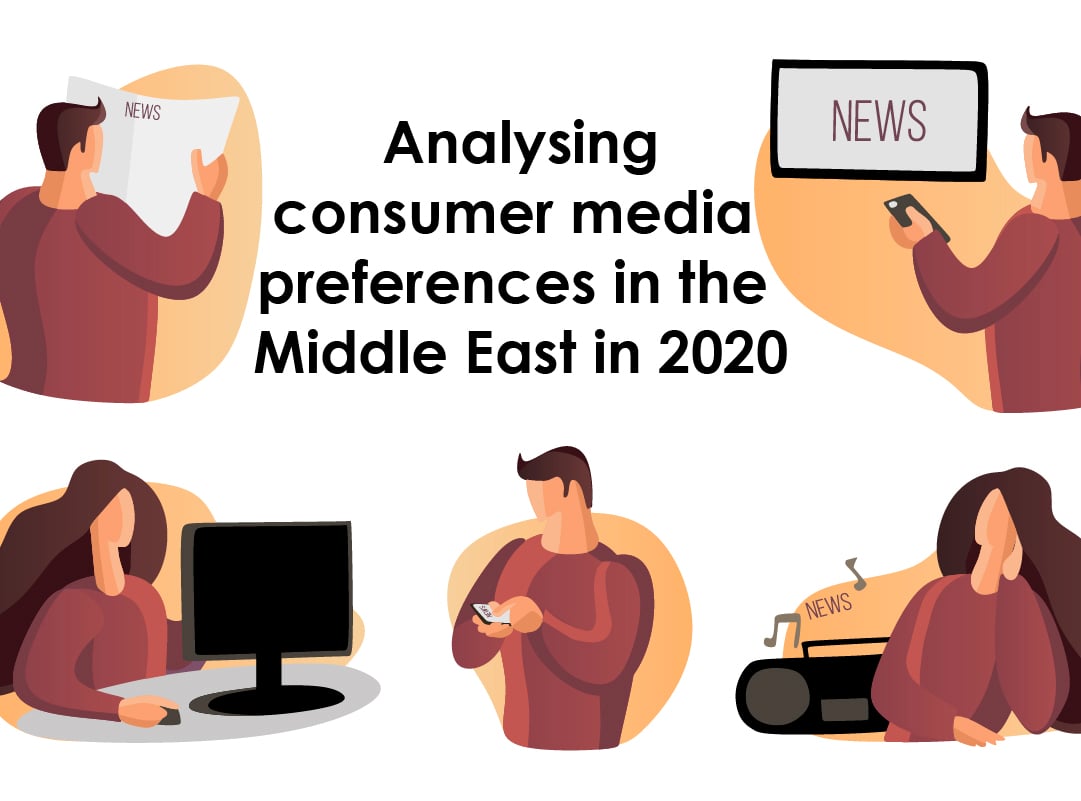 In the Middle East, when we look at brand and advertising reach, digital media sources strike a hard punch than the traditional avenues of radio and television. The move to digital platforms is more widespread in this region (looking specifically at the United Arab Emirates and Saudi Arabia) than it is in other areas of the world.

It is a well-documented fact that digital trends have been hard to measure in the region, due to lack of data. Borderless Access has noted this and uses its proprietary community management and survey platform to survey deeply profiled panelists in the Middle East (and globally), in able to achieve accurate insights into consumer behaviour to uncover digital sentiments.

Across the world, 74% of people claim that social media is the channel where they see the most brand and advertising messages. This figure rose to 81% in the UAE and 82% in Saudi Arabia.

Digital Dilemma: Television vs. social media as a source of news

However, when people want accurate product or service information, 65% of all people surveyed say they turn to television – a truth that we have seen corroborated across previous Covid-19 surveys. Seventy percent of respondents in the UAE feel the same. In Saudi Arabia, fewer people (62%) turn to television where they refer to their preferred mobile app instead.

Digital platforms are well entrenched in Saudi Arabia with three-quarters of people trusting social media as a source of news. By comparison, only 51% of all people around the world feel the same. But overall, television is still the most trusted source of news worldwide, with 71% of respondents surveyed. The UAE follows international trends.

In our previous study on online shopping post lockdown, we saw that shoppers in the Middle East are using online channels that they had not previously tried, as a result of lockdown’s implications – which support these findings of digital channels triggering purchasing.

Get the message: the most effective digital platforms

Social media again came out on top when we dug a little deeper to see which digital platforms people have been exposed to, specifically since the pandemic. Worldwide 71% of people claim to have interacted with adverts or branding messages on social media. Digital magazines and newspapers, Google adverts, online forums and WhatsApp messages were all less effective means of getting the message across. It’s no different in the Middle East where 80% of Saudis claim to have engaged with an advert or brand on social media since the start of the pandemic.

Power in their own hands: the most and least trusted digital platforms

Across the board, people have the most trust in digital platforms where they find the information themselves, either through a search engine or by interacting with an advert on social media. Direct marketing campaigns through email or WhatsApp are the least trusted forms of digital marketing. In the Middle East, this trend is amplified with 71% of Saudis trusting social media for product and service information compared to an average of 53% of people worldwide.

Trust is hard-won: where people are placing their trust in the media landscape

While the tide is turning towards digital media, people still prefer a blend of print and digital media as their trusted sources of information, with only 15% of people worldwide claiming to have stopped using print media altogether. The move to digital media is more pronounced in the Middle East with only 7% of Saudis still trusting their print media more than digital. 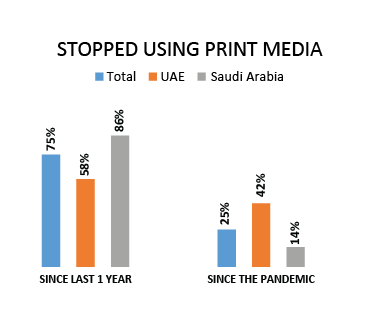 The future of advertising in the Middle East: The new and the old

Today’s study corroborates what we have seen in previous regional research: That digital (in particular, social media) has a significant stronghold in the Middle East, especially when it comes to brand advertising and persuasion.

It also notes, however, that a combination of print and digital remains the optimal communication strategy for the medium term, as the majority of people still rely on some form of print media coupled with their digital channels. It must also be acknowledged that when it comes to news, television has held its own during this time of influx, being seen as the most trusted media channel for information of this nature.

What does this mean for marketers?

Agencies and brands worldwide are embracing the advent of digital communication, which has been rapidly accelerated by Covid-19 and the effects of lockdown.

However, while they would be encouraged to continue to operate strongly in the digital space (specifically social media) within the region, it is encouraged to also retain a presence in the more traditional sources, given the high levels of trust that still remain vested therein.

Looking for consumer and B2B insights across different industry sectors? You can connect with us.